A business stuck at the starting gate 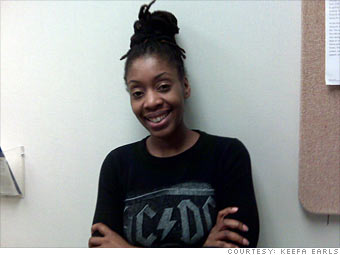 I have not been able to get financing in six months. The smaller community banks say we don't have enough collateral because the property and house we want to use as collateral is in California -- outside of their jurisdiction. National banks would be able to accommodate that, but they say they won't do SBA loans until we've been in business for at least two years.

My husband and I are both personal trainers, and for the past two years we've done a lot of research to see if owning our own gym would be a feasible business venture. We settled on a particular franchise, paid all the licensing fees -- which added up to about $25,000 -- and found a great location.

When I first heard about the SBA loans, I was really excited. I called about 40 banks on the agency's preferred lender list in both Georgia and California and met personally with about 15 loan officers. I filed applications at two of the banks. While waiting for them to get back to me, I started the process with three other banks, but told them to hold off on pulling my credit report because each time it gets checked, my score goes down. The two banks got back to me eventually with a no. I was really surprised because my credit score was excellent and we had all the paperwork in order. Now I'm nervous about moving forward with the other three banks.

My hope is to get $850,000 to $900,000, but we've modified our business plan several times to reflect loan values of half that amount that could still get us going. Our hope was to open this spring, but now it won't be until next year. We're working with the corporation that owns the building right now to see if it can front us some money -- we don't want to lose the facility we've picked out just because we can't find a bank to work with us.

The whole process has been stressful. Every day, all day, I think about it. I obsess over it. It's frustrating when people don't get back you by the date they say they will. It drives me crazy.

NEXT: The worst market in decades