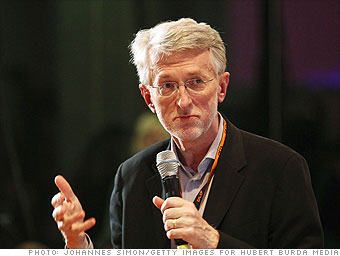 • Read more of Jeff Jarvis's interview
• The future of reading
Author, What Would Google Do?

Magazines are awaiting their digital messiah in the form of a tablet. I guess I'm mixing religious metaphors. But we already have the tablet. We have laptops, we have computers, and we have iPhones and we have plenty of means to the web.

The issue with the tablet, the reason that I think there's so much desire for it, is that it is the last effort, the last hope that old media properties think that they have that there's something that will return control to them.