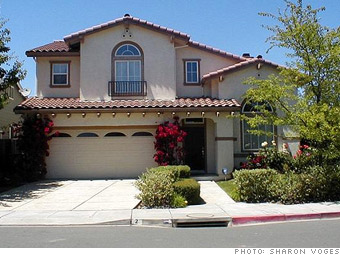 With its physical beauty, wine culture, and low-key lifestyle, Napa is an obvious choice for many retirees. The drawback has always been the expensive housing stock. "Napa is one of the locations retirees may have shelved as a dream only because prices got so high," says Mary Lu Abbott, editor of Where to Retire. Not anymore. According to Moody's Analytics, median home prices in Napa have dropped more than 50% from peak levels, allowing buyers to now get some serious bang for their buck. (Warning: Moody's Analytics says the area's prices could still drop another 13%, and would-be Californians should be aware of the state's financial problems.)

The region boasts hundreds of wineries, and the city of Napa itself is home to some 20 tasting rooms and wine bars for locals who don't want to stray too far from home. Napa Valley College teaches courses like Wine Label 101.

Boomers used to urban life might choose to buy one of the city's Victorian-era homes downtown, while the Napa Yacht Club is a solid option for riverfront living. A project to control the Napa River's floods is well under way, and the area's ensuing revitalization has led to a mixed commercial and residential project called the Riverfront Residences. While downtown Napa has been built up, the county is still very much about agriculture, with ordinances in place to make sure development doesn't encroach on rural land. Realtors say that buyers of property next to a vineyard with visions of secluded living are sometimes surprised to see workers through their back windows.

Not a wine drinker? Napa still has plenty to offer: Serious golfers can buy a condo in Silverado Resort, which has two 18-hole golf courses along with a spa. The athletically inclined can bike through Skyline Wilderness Park or a trail along the river. Napa has its own symphony, and the Uptown Theatre pulls in acts such as Rosanne Cash. Or you could always take some of the money you've saved on real estate and invest in a few special bottles of wine. You might become an oenophile yet.

Top stocks from 25 great investors
We talked to money managers with gold-standard track records and asked them each for their single best stock pick. More