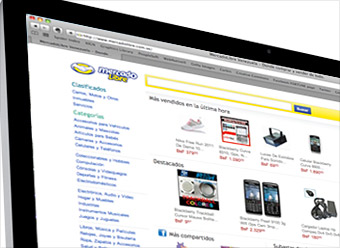 The eBay of Latin America added 10 million registered users in 2010, continuing an extended period of growth in a region that is adding Internet users at a high rate. The company acquired its competitor DeRemate.com (an online trading platform) and bought Classified Media Group (a listing of online classified ads for cars and real estate) in 2008, after completing its IPO in 2007.

The overall result: MercadoLibre has more than quadrupled its revenues and profits since 2006. In April 2010, the market leader in e-commerce in Latin America launched the newest version of MercadoPago-its equivalent of PayPal-for all its marketplace transactions in Mexico and plans to continue expanding its online-payment-processing system.
Get stock quote: MELI
Revenue ($ millions): $232.2
Net Income ($ millions): $60.5
Industry: Electronic Auctions

L. Michael Cacace, Douglas G. Elam, Betsy Feldman, Kathleen Smyth, and Anne Vandermey, with Josh Dawsey, Mina Kimes, and Sam Silverman
Network with MercadoLibre
What businesses do you think are primed to grow in this economy?
From the September 26, 2011 issue.
Revenue and profit figures reflect the four quarters ended on or before April 30,2011.
Total return is through June 30, 2011.
Top 3
See the rest
See the rest
See the rest
How we pick the Fastest-Growing
To qualify, a company -- domestic or foreign -- must be trading on a major U.S. stock exchange; file quarterly reports to the SEC; have a minimum market... More