New study says retirees need as much as $376,000 saved to pay doctor's bills in retirement - and that's if you're still covered by your former company. 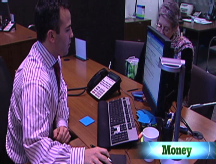 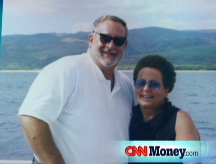 NEW YORK (CNNMoney.com) -- How much money do you need to pay the doctor's bills in retirement? The answer: More than you probably think.

According to a report released Tuesday, the retirement health tab can run between $64,000 and $122,000 for a 65-year-old man whose former employer pays his insurance premiums, and between $86,000 and $140,000 for a woman of the same age. For retirees who don't have access to an employer-offered plan, the costs - mostly for prescription drugs - run even higher.

"Given the magnitude of money people will need in retirement, they need to prepare for this now," said Paul Fronstin, director of health research and education programs at the Employee Benefit Research Institute. "They can't wait for a year or two before retirement to start saving," he added.

According to Fronstin, there are about 9 million retirees who supplement Medicare with employer-sponsored health plans. That's nearly 22% of the 42 million people currently benefiting from Medicare.

Fronstin, one of the authors of the report, said saving for health care costs in retirement is a more urgent issue than most people believe. He believes that employers will phase out health care benefits to retired employees and that Medicare will become less generous.

He also said many employees mistakenly believe that they will have employee-sponsored health benefits when they retire.

"They're thinking it's going to be there for them when it's not," Fronstin said.

The report broke down its findings based on the amount of risk retirees are willing to take in having enough money to cover medical bills. At the high-risk level, retirees have a 50% chance of having enough money; the medium risk, a 75% chance; and the low risk, a 90% chance.

Couple, premiums not subsidized by a former employer needs:

As high as these estimates are, the report does not include daily living expenses or nursing home costs. And nursing homes can take a big toll on retirees' bank accounts.

According to current data from Metropolitan Life Insurance Co., it costs an average of $77,745 a year for a private room in a nursing home. The price for a spot at an assisted living community is $35,628 a year and care at a facility for Alzheimer's and dementia patients is $51,240.

Fronstin said people must get realistic about how much they need to save. "Understand what it's going to take to cover these expenses," he said. "Don't be in denial about whether you are going to have benefits through a former employer in the future."