The storied basketball franchise had some rough seasons before this year's championship run. But smart marketing helped get the Celtics back on top. 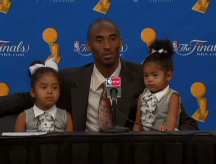 NEW YORK (CNNMoney.com) -- What's the greatest comeback by this year's Boston Celtics, who won their first championship in 22 years with their victory Tuesday in Game 6 of the NBA Finals?

It's not overcoming a 24-point deficit in Game 4 last Thursday night. It's not even the turnaround from a team that won only 24 games last season to this year's NBA-best 66 game winner.

None of this would have been possible without a change in the team's ownership a few years ago.

In many ways, the team's low point wasn't last year's miserable season but the 2000-01 season. Nearly one in five seats at Celtics games were empty. Boston fans and the Gaston family, the team's long-time owners, both appeared to be losing interest in the Celtics.

But a year later, the team was sold to a group of investors led by Wycliffe Grousbeck for $360 million. And the team's on-the-court success this year is all about some of the smart moves made by the new owners.

I recently talked to Rick Gotham, the Celtics president, about how he got the team back on track. He said investing in marketing, rather than just expecting fans to come to games out of loyalty, was key.

"The onus is on the business people to go out and get people into the building," he said.

And the marketing efforts worked even before the team started winning again. The Celtics won only 33 games in the 2005-2006 season but attendance increased nearly 6% from the prior season. Last year, despite the team's woes, attendance was essentially unchanged.

This year, not surprisingly, all of its games were sold out.

Trying to build the fan base may not get the attention on the sports pages that player and coaching decisions do. But it is clearly just as important.

"We spent a lot of time analyzing who is buying our tickets and why and that has paid us back," Gotham said.

He added that without the strong ticket sales during the losing seasons, the Celtics would not have been in the financial position to add big-dollar players Kevin Garnett and Ray Allen. Both were instrumental in helping get the Celtics to their championship this year.

"You don't see many 24-win teams able to go out and spend on players the way we did this past summer. That's because we've been able to run a strong business in the face of some not great seasons," he said.

The Celtics had added pressure to keep fans happy since other Boston teams were busy winning championships. So from a business standpoint, the Celtics compete more against the Red Sox and Patriots than other NBA teams.

"If your team is not winning at that level, it definitely creates some competitive pressure," he said about Pats and the Sox. "You have to give [fans] a good reason to come and see you."

Of course, the Celtics remarkable turnaround may be more of the exception than the rule in a sport with salary caps.

But the Celtics' success is a great example of what can happen when management treats the fans as customers that need to be satisfied and not as a captive audience that will be there no matter what.

It also shows that when franchises respond to losing seasons by investing in the team, rather than slashing payroll, they are more likely to profit down the road.

"Winning is without a doubt the best marketing we can get," Gotham said.