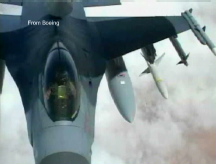 NEW YORK (CNNMoney.com) -- Gas prices have fallen for the third day in a row, backing further away from recent highs, according to a daily survey released Thursday by motorist group AAA.

The national average price for a gallon of regular gas fell two-tenths of a cent to $4.073 from $4.075 the day before.

Wednesday marks the third consecutive day that gas prices have eased since the national average price hit an all-time high of $4.080 on Monday.

Oklahoma has replaced Missouri as the state with the lowest gas prices. The average gas price in Oklahoma is $3.834 a gallon.

Although gas prices have declined in recent days, the national average price is still more than 7% higher than last month and nearly 36% higher than year-ago levels.

The added expense has prompted many Americans to cut back on the amount of driving they do.

The Federal Highway Administration said Thursday it estimates that Americans drove 1.4 billion fewer miles on public roads in April. That's a decline of 1.8% compared to April of last year and is the sixth consecutive month that drivers have cut back.

So far this year, the agency estimates that drivers have traveled 20 billion miles less than in previous years.

Peters also noted that midsize SUV sales have decreased in recent months while car sales, which had accounted for less than half of the industry volume in 2007, have risen.

She said past trends have shown Americans will continue to drive despite high gas prices, but will drive more fuel efficient vehicles consuming less fuel.

Diesel prices also declined. The national average price for a gallon of diesel fell three-tenths of a cent to $4.791 from $4.794 the day before.