Overdraft outrage: You weigh in

Infuriated readers had a lot to say about overdraft fees -especially the way they're calculated. 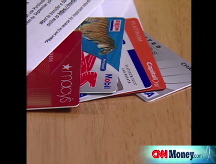 NEW YORK (CNNMoney.com) -- Danial Roy had about $30 left in his checking account when he made two small charges of less than $5 each. But when he then wrote a check for $435, he was hit with not one, but three overdraft fees of $35 each.

The bank refused to waive any of the fees, despite his requests, he said. "I have given up trying to fight them on this." Commerce Bank of Kansas City, where Roy holds his account, declined to comment.

You incur overdraft fees when a bank approves a transaction even though you don't have enough money in your account to cover it. The bank is basically charging you a flat fee for a temporary loan - usually between $25 and $35 - regardless of how much the overdraft was. Even a few pennies over your balance are enough to trigger the fees.

That's the topic I addressed in a recent Raw Deal column. And, a lot of you, like Roy, responded with your own painful experiences, particularly about a specific bank practice that increases the likelihood of multiple overdraft fees.

Many readers learned the hard way that, according to bank policy, checks or charges are debited in an order determined by the bank rather than the order in which you made them - so banks generally debit the largest pending transaction first. If that transaction overdraws the account, any other smaller transactions you made will result in overdrafts as well, even if they predated the larger one.

And while the banks say they are providing a service to consumers, some consumer advocacy groups say they're hitting the very people that can least afford it.

"The large majority of overdraft fees are paid by a core group of consumers," said Rebecca Borné, policy counsel with the Center for Responsible Lending, "members of the population that are more vulnerable and less able to bounce back."

Like Danial Roy, readers from all over the country wrote about their experiences with overdraft fees, some that resulted in hundreds of dollars in fees.

College student Miguel Carreon, for example, wrote in to tell us how he recently made eight payments (including charges as small as 99 cents) over the course of one weekend, which left him with overdraft charges totaling $264.

"If they had cleared all the smaller checks first, I would only be paying $33," he said.

Comments from both parents and young adults showed that students, many of whom lack both the financial savvy to manage their accounts carefully and the funds to cover large fees, are hit particularly hard.

Bob Garrett expressed his outrage in an e-mail. "It's offensive to me to have a practice where you can spend a penny over your limit in reality, but be charged with several overdraft fees because the bank re-arranges the order of the transactions. It clearly targets those with the least means."

Banks say this is a standard practice that is meant to help, rather than hurt, banking customers.

"We process checks and other debits starting with the largest amounts. That way, important, large bills such as mortgages, rent and car payments will be paid first," explained Tom Kelly, a spokesman for Chase.

Bank of America takes a similar position. "Often times, a customer's largest transactions are those most important to their lives - e.g. mortgage or rent, car payments, insurance premiums or tuition," Diane Wagner, a spokeswoman for BofA, said in an e-mail.

"Our posting order helps to prioritize a customer's transactions and helps keep them from defaulting on their more important transactions," Wagner said.

But many banking customers say "thanks but no thanks." They didn't ask for overdraft protection and would rather their transactions be refused at the point of sale if they don't have the money to cover them, rather than go into debt on an account that's already in the red.

Several banks including Wachovia and US Bank, told CNNMoney.com that they allow their customers to refuse overdraft protection if they call and ask.

But opting out can be easier said than done, say some readers.

Lynn from Syracuse, N.Y. writes on our blog: "We tried to opt out of this 'convenience' and they would not allow it. That is the fact I find disturbing."

Many readers said that their overdraft fee problems went away when they moved their money over to the local credit union.

"This is one of the reasons I have stopped doing business with banks. All of my accounts are in credit unions," posts Hunter in Brunswick, Maine. "I have found you get better service and very low or no fees on most of the things banks charge big bucks for."

The American Bankers Association also encourages disgruntled customers to switch banks. ABA spokeswoman Carol Kaplan said in an e-mail: "There is no stronger way to let your bank know how you feel about their policies than by withdrawing your money and taking it to a competitor with a different policy."

Credit card rewards are a real rip off