Bailout of Fannie and Freddie might lower mortgage rates but it's unlikely to lead to a quick turnaround for the troubled housing market. 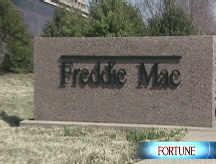 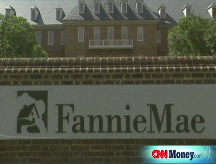 NEW YORK (CNNMoney.com) -- The federal government's takeover of Fannie Mae and Freddie Mac may save the battered real estate market from a complete meltdown. But financial experts say the bailout won't lead to a housing recovery just yet.

Instead, some on Wall Street said the housing sector is in as tough shape today as it was before Sunday's rescue by the Treasury Department.

"This isn't curing the patient. This is preventing the patient from developing a new problem he can't survive," said Barry Ritholtz, CEO and director of equity research, Fusion IQ.

Ritholtz and others pointed to a series of problems plaguing housing that the bailout of Fannie (FNM, Fortune 500) and Freddie (FRE, Fortune 500) does little, if anything, to address.

In particular, there is still a large supply of unsold homes on the market and an increasing number of foreclosures that threatens to add to the glut.

What's more rising unemployment and increased job losses should add to the woes for lenders, brokers, builders and others tied to the housing sector.

"Now we have a recession,'" said Dean Baker, co-director of the Center for Economic and Policy Research.

Baker added that even with home prices declining at a rate not seen since the Great Depression, the housing bubble hasn't completely deflated yet.

In fact, some argue that considering the rise in home prices during 1996 to 2006 when compared to inflation, incomes and rents during the same period, home values need to fall another 50% in order to get back to normal.

Still, the Fannie and Freddie rescue is likely to help bring mortgage rates down.

That's because it should help lower the gap between mortgage rates and Treasury bills, a spread that had risen in recent months on investor concerns about the firms and the rising mortgage defaults.

Fannie and Freddie also warned last month that they would cut back on the growth of their mortgage loan portfolios as they tried to preserve the capital they would need to cover rising losses.

With the Treasury Department now standing behind the firm, most experts expect additional money will be made available to mortgage lenders.

Those two factors prompt some to believe that the rescue will be a significant help for housing markets, even if it doesn't solve all the problems.

"You're going to have to work through all those other issues in order for there to be a meaningful recovery," said Timothy Speiss, head of the wealth management arm of accounting firm Eisner LLP. "But this is a significant step in the right direction: improving credit availability and affordability."

Lawrence Yun, chief economist for the National Association of Realtors, said his group's members are hoping lower rates will help change the attitude of potential buyers about whether it's a safe time to re-enter the market.

"Whether it's a game changer or not, we can't say. We have to see how far rates fall, or whether or not they continue to lack confidence even with these low rates," he said.

Thus, even if the bailout does have a positive impact on the real estate market, one economist said it will probably be limited and relatively slow to take effect.

"By no means is this a magic wand to rejuvenate the housing recession that has just entered its fourth year," said Rich Yamarone, director of economic research at Argus Research.

Paulson changes rules of the game

Share your stories: Foreclosures in your neighborhood
Features
2011 Fortune 500