The financial crisis consists of three related cycles spinning downward. Be careful trying to stop them. 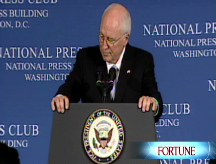 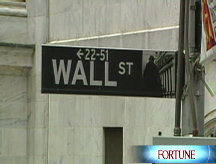 (Fortune Magazine) -- The global financial tumult is so broad and deep that it's almost too big to grasp, so here's a way to think about it. Every financial crisis involves at least one vicious circle, a process in which things getting bad causes things to get worse.

Today's crisis consists of at least three big vicious circles all of which are meant to be checked by the government's proposed megafix. As we try to sort out each day's blizzard of news, it may help to ask which one we're watching - and whether the latest events suggest that the circle is bottoming out or just spinning faster.

Confidence. All banks and insurance companies rely on the widespread perception that they're in good shape for the long term. Even the soundest firm couldn't repay all its obligations on short notice, but as long as everyone believes the firm is solid, it never has to. Yet just a tiny crack in the foundation of confidence can bring a whole institution down; that's the classic Depression bank run in which a mere rumor can start the vicious circle of withdrawals and falling confidence that results in bank failure.

Federal deposit insurance ended runs on commercial banks but not on other financial institutions, and that's what was about to doom Bear Stearns and AIG (AIG, Fortune 500) before the feds stepped in; Fannie Mae (FNM, Fortune 500), Freddie Mac (FRE, Fortune 500), and Lehman Brothers were apparently in deeper trouble, though they could have been rescued much less painfully if a confidence-sapping vicious circle hadn't turned their problems into crises.

Washington's giant bailout is intended to squelch a crisis of confidence in the whole U.S. financial sector. That's what's happening when the stocks of Goldman Sachs (GS, Fortune 500) and Morgan Stanley (MS, Fortune 500) get pounded, or when the prices of gold and Treasury bonds rocket. The less capital that goes into the sector, the weaker it becomes, driving capital further away, and so on.

Deleveraging. Lots of financial firms are concluding that they have too much debt. They're right. The paradox is that if they all try to do the right thing and pay down some debt, it makes them all worse off. To get the money to reduce debt, all are trying to sell financial assets. That glut of supply drives prices down, reducing the value of the assets the institutions still hold, so even after they've reduced debt, their debt ratios are no better than before, and they have to sell more assets, driving prices down further, and so on.

This vicious circle is different from the crisis of confidence in that it's based on real dollars, not psychology. Lehman's assets really did plunge in value, and everybody knew it. (That hard fact, of course, contributed to the confidence crisis.)

Housing. Since the housing market is the root of the whole mess, things won't get better until that market hits bottom. For now, it's still sinking, driven by the worst kind of vicious circle - a virtuous circle gone into reverse.

From about 2000 until 2006, U.S. home prices went up because they were going up. Yale professor Robert Shiller, who predicted the current housing collapse, notes that after easy credit launched the housing boom, consumers faced strong incentives to buy the most expensive house possible with the biggest mortgage they could get. That behavior then drove prices higher, strengthening the incentives, and so on.

Now it's the opposite. With prices falling, buyers figure they should wait to buy, while sellers rush to sell now; both behaviors push prices even lower, giving even greater incentive for the same behaviors.

What breaks vicious circles? In the economic world, massive federal intervention seems to be the only action that has worked. The Depression can be seen as one big vicious circle, with the New Deal (or World War II) as its antidote. On a smaller scale the Resolution Trust Corp. stopped the savings and loan crisis of the 1980s. Now Washington is feverishly debating the biggest intervention ever, reasoning that's what is needed for the biggest crisis ever.

Let's be careful. Did you know that you can buy credit default swaps on the United States? You can, and the price - indicating perceived risk - has been rising. A crisis of global confidence in the U.S. government is one vicious circle we really don't want to start spinning.