From Moscow to Mumbai, investors and consumers are feeling Wall Street's pain. 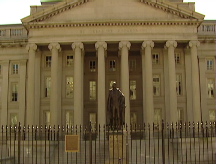 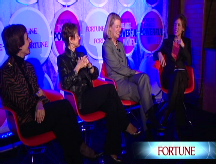 (Fortune Magazine) -- So much for the theory of "decoupling," the hopeful notion held just a few weeks ago that the rest of the world was robust enough to ride out a U.S. domestic crisis.

If the world has learned anything from the American banking meltdown, it is that chaos on Wall Street hits every part of the globe: Witness would-be oligarchs in Russia scrambling to cover margin calls, policyholders in Singapore queued up at offices of American International Assurance (as AIG (AIG, Fortune 500) is known in Asia) to close investment accounts, and - mon Dieu! - a new poll showing three-quarters of the French public, usually unmoved by events on Wall Street, worried that the financial shakeout will hurt them too.

Of course, the crisis isn't affecting all countries or even all economic sectors equally, and it isn't clear how this latest case of financial contagion will play out. But here are some early takeaways from around the globe.

Financial services are great, until they cause catastrophe. London, long locked in a contest with Manhattan for the title of world financial capital, risks being hit as hard as New York because its economy is just as dependent on financial services. "We're in for a difficult time," says British real estate mogul Vincent Tchenguiz, who predicts a five- to seven-year pullback in his business.

The biggest international loser to date is Moscow, where billionaire wannabes leveraged themselves up to their fur hats in international-bond and syndicated-loan markets, pledging stock as collateral. The Russian stock market shut down for almost three days when the cascading margin calls crashed prices. At the same time, some of the nation's 1,200 banks are tottering.

This is the moment of truth for banks around the world. Analysts have predicted international banking consolidation for years, but now it's really happening. Noel Gordon of Accenture in London expects a flurry of banking marriages over the next 18 months.

Commercial banks in the strongest position include Britain's HSBC (HBC), Spain's Santander (STD), France's BNP, Italy's Unicredit, and Britain's Lloyds TSB (LYG), which snapped up its struggling rival HBOS just days after Lehman Brothers failed. In the past month alone, two big mergers have been announced in Germany, and Bank of China bought a 20% stake in the private-banking arm of the fabled Rothschild family, Cie Financière Edmond de Rothschild.

Whether any of those commercial banks buy up local or regional investment banks (à la Bank of America (BAC, Fortune 500) and Merrill Lynch) remains to be seen, but certainly "the survivors of this cyclone," opines Rothschild CEO Michel Cicurel, "will emerge strengthened."

A roaring economy isn't a perfect defense, but it sure helps. The stock and bond markets of some of the world's fastest-growing economies have been hit especially hard by the crisis: China's Shanghai Stock Exchange is down 50% this year. The Brazilian bond market has taken a pounding, and, as we've already noted, Russia shuttered its stock exchange altogether.

Yet all those countries continue to grow: China's economy is on track to expand by about 9%, Brazil just raised its growth forecasts for 2009, and even Russia should manage 7% growth in 2007, thanks to continuing torrid demand for its biggest resources, oil and gas.

That growth won't offset the slowdown in the U.S. and Western Europe, but it perhaps can keep the world from going into a complete tailspin. Besides, the newly minted middle classes in emerging countries will be looking for safe places to invest their money (especially if they've pulled out of AIG), creating opportunity for the survivors of the crisis.

Europeans gets serious about insider trading