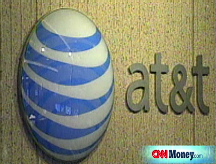 The U.S. Census Bureau said orders for manufactured goods fell 5.1% to $407.4 billion in October, a greater drop than the 4.5% forecasted by the consensus.

The decline followed a 3.1% drop in September.

"There's not a lot to be cheery about in today's report," said Tim Quinlan, an economist at Wachovia.

Thanks to a global economic crisis and the growing strength of the U.S. dollar, exports and business spending have gone into a decline, according to Quinlan.

"In the first three quarters of the year, we've been helped through by business spending," Quinlan said. "But what we're seeing here is that business spending has fallen off a cliff, and that spells bad news for economic growth."

Nondurable goods, another component of the report, decreased 0.4% to $215.6 billion.

"One thing we are seeing is a recent spike in unintended inventory," Quinlan said. "And when you have a backlog of inventory there are really only two solutions: increase sales or cut production."

While an increase in sales does not seem likely, Quinlan said, a slowdown in production could mean more layoff at factories.

"If further inventory continues to build, we can expect to see headwinds in employment in the months ahead," Quinlan said. "We're looking at a pretty nasty number ahead."