Lehman throws in the keys 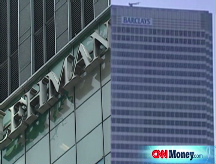 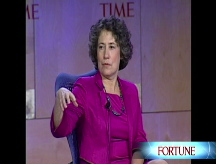 At close to midnight, Mark Shafir, Lehman's global head of M&A, and Mark Shapiro, the head of Lehman's restructuring practice, went to see Fuld in his 31st floor office. They told Fuld there was a way Barclays could buy Lehman's U.S. securities business out of bankruptcy, which would get Barclays what it really wanted and potentially save 10,000 jobs.

The three men called Bob Diamond, Barclays' president and chief negotiator on the Lehman deal, on his cell phone. Diamond expressed his disappointment to them that Barclays had failed to get a deal done earlier in the day but when the men suggested to him he could buy Lehman's U.S. securities business "clean," he expressed great interest but needed to talk to his lawyers at Cleary, Gottlieb.

When Diamond called back, twenty minutes later, he told them, "I can't talk to you tonight. Call me at 7:00 in the morning."

By that time - at 1:45 a.m. to be precise - Lehman Brothers Holdings, Inc. had filed for Chapter 11. After the bankruptcy filing, the Fed agreed to lend money to Lehman's broker/dealer to allow it to keep operating for 24 hours, by which time a deal with Barclays could possibly be reached. At 7 a.m. Monday morning, as the calamitous effect of Lehman's bankruptcy began spreading virally to financial capitals all over the globe, Diamond and Michael Klein, his financial advisor, got on the phone with Fuld, McDade, Shafir and Shapiro to discuss the possibility of Barclays buying Lehman's U.S. investment banking business. Based on the due diligence work Barclays had already done on Lehman, "they were the only guys able to pick up the pieces of the melting ice cube," Shedlin said. The Lehman team told Klein and Diamond, "We absolutely have to get this done before the [markets] open on Tuesday because we're out of money."

With that, Fuld told Shafir to "Go finish it." For the next 24 hours, swarms of lawyers and bankers took over the 32nd floor of Lehman's building. The terms of the deal had to be negotiated, which required a fast-track appraisal of Lehman's headquarters building at 745 Seventh Avenue and two data centers in New Jersey that Barclays wanted to buy. Barclays wanted all of Lehman's U.S. investment banking, fixed-income, equity sales-and-trading, research and certain support functions. Barclays did not want the investment management division nor any of the commercial real-estate assets.

The plan had been to announce the deal before the market opened Tuesday morning and Lehman's broker/dealer subsidiary ran out of cash to operate. Finally, just as the market was opening, the terms of the deal were agreed: Barclays would buy the Lehman businesses it wanted for $250 million and pay another $1.45 billion for 745 Seventh Avenue and the two data centers (later the package was reduced to $1.29 billion) plus assuming some of Lehman's trading obligations. Barclays also agreed to provide a $500 million debtor-in-possession facility to the bankrupt holding company and also to refinance the $40 billion or so Lehman's U.S. broker/dealer had borrowed from the Fed after the filing to keep operating.

With that in hand, Barclays asked the FSA for its blessing. According to a Lehman executive, "It took four hours to get out of the FSA, and we thought, 'Here we go again. They're going to turn it down and we're going to be facing a Chapter 7 liquidation anyway.'"