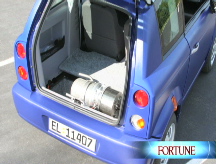 New York (CNNMoney.com) -- Gas prices fell for the ninth consecutive day, according to a survey of credit card swipes at service stations across the nation released on Sunday.

The national average price dropped for its ninth consecutive day to $1.627 a gallon, down 0.3 cents from the previous day, according to the motorist group AAA.

Gas is below $2 in all 48 contiguous sates and the District of Columbia, according to AAA. The highest average gas price was in Alaska ($2.52), while the cheapest was found in Missouri ($1.44).

The AAA figures, compiled by Oil Price Information Services, are state-wide averages based on credit card swipes at up to 100,000 service stations across the nation.