Just got laid off? Get better severance

You're probably shocked, scared, and even angry. But try to stay cool (at least on the outside); it could help you negotiate a bigger severance package. 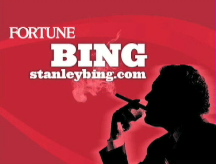 No layoffs -- ever!
The global financial crisis has led many companies to slice payrolls, but these employers are staying loyal. Meet 9 of this year's Best Companies that, as of mid-January, have never had a layoff.
View photos

"First, don't take it personally," says Richard Bayer, Ph.D., chief operating officer of the Five O'Clock Club, a nationwide network of career coaches and outplacement counselors. "For most people, getting laid off is an emotional moment. You may be hurt, you might feel panic - these are totally normal reactions."

There are at least two good reasons to stay as calm as possible, though, at least outwardly. One is logical, and could save you needless heartache: "In a recession, especially a really deep recession like this one, there can be many different reasons why you're being let go - banks aren't lending, consumers aren't shopping, revenues are drying up - and none of them has anything to do with you," Bayer says.

The second reason is practical: You'll probably need to meet with your boss at least one more time (most likely with a human resources person in the room), to tie up loose ends and go over the details of your departure, and you want to go in there with your wits about you. Before that meeting, take a close look at the employee manual -- or your union agreement or employment contract if you're covered by one -- so you know the company's severance policy. Sometimes -- especially if your situation is unique in some way -- you may be able to negotiate a better deal.

"Your mantra in this discussion should be, 'We're both fair people - you're a fair-minded person, and I just want what's fair,' " says Bayer.

For instance, let's say your company's rule of thumb is two weeks' pay for each year of service. "That's a commonly used formula left over from when people tended to stay with the same employer for many years," Bayer notes. "But suppose you are a 50-year-old manager making $100,000 a year who was wooed away from a competitor and had to move across the country to take this job, and let's say that was just two or three years ago. Is four or six weeks' severance pay really fair?" In such a case, even the most hardnosed boss is likely to agree you should get more.

Sometimes, cash isn't even the main issue. "You may, for example, have a child who is undergoing expensive medical treatments," Bayer says. "In that case, you might want to negotiate to stay on the company's health care plan for a longer period of time."

By law, companies must offer you COBRA coverage, meaning that you can buy health insurance at group rates. But COBRA covers you for only 18 months. "Health insurance is so much cheaper for the company than it is for you," says Bayer. "If your circumstances are unusual, and again with an appeal to your employer's sense of fairness, why not bargain for an extension?"

Regardless of your particular circumstances, don't sign any severance agreement until you've had a chance to read it carefully and give it calm consideration. Keep in mind these four more often-overlooked areas where it may be possible to negotiate:

1. Vacation pay. If you work for a company that allows you to accrue vacation time from one year to the next, don't forget to calculate the dollar value of all the fun you didn't have - last year as well as this year. "Many HR manuals even specify in black and white that you can trade unused vacation days for pay, so they may be expecting you to ask about it," says Bayer. "You're unlikely to get much of an argument."

2. Bridging to retirement. If you're anywhere near retirement age, check out your company's policy on pension eligibility. Let's suppose it's "55 and 10" (age 55, minimum 10 years of service). If you're vested and, say, age 53, you can ask to be bridged - that is, to start taking your pension now. This is somewhat less common than it used to be, and many companies don't allow it at all, but it can't hurt to ask. You never know.

3. Stock options. Usually, you have 90 days after your last day of employment at the company to exercise any stock options you have, or lose them forever. If you push, though, many companies will extend that period to as much as a year - particularly given what has probably happened to your company's stock price lately.

4. Noncompete agreements. This is a tricky area. If you're asked to sign something saying you won't go work for a competitor - and beware, it's often buried in an obscure paragraph of some other document, such as a waiver of the right to sue the company after you're gone - call a lawyer. Courts, especially in California, tend to take a dim view of noncompetes, and you (or your attorney) can probably get it removed from your severance agreement.

And speaking of lawyers, the question often comes up: Would it be smart to bring an attorney into severance negotiations? The short answer: Usually, no. Unless you see clear signs of some violation of public policy -- if, for example, you notice that everyone being laid off just happens to be female, a minority, over 40, or some combination of these -- then hauling a lawyer into discussions with your boss is likely to set an adversarial tone that will work against you in the end. (Let's get real: Your employer can afford more legal help than you can and if you hire an attorney to nitpick your deal, they will bury you in paper.) Even so, it's worth noting that a federal law called the Older Workers' Benefit Protection Act, in effect since 1990, requires that employers laying off more than two people disclose the ages of those who were selected for termination and those who were not. Age discrimination is never easy to prove, but this law can help.

Readers, if you've been laid off, what kind of severance did you get? Did you feel it was fair? Did you try to negotiate the terms? What did you want, and did you get it? Any suggestions for others who want to pursue a better deal in a layoff? Post your thoughts on the Ask Annie blog.