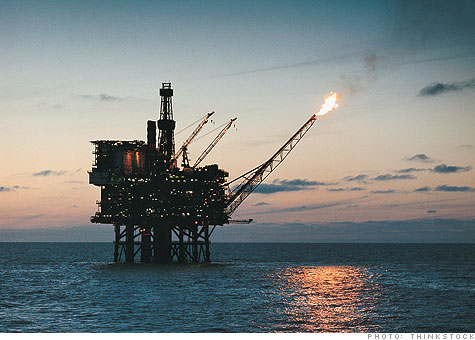 NEW YORK (CNNMoney.com) -- Worldwide oil demand hit its highest level ever on the back of explosive growth in the developing world, according to preliminary figures in a recent report.

But the world's thirst for the hot commodity is unlikely to lead to the price spike witnessed in 2008 -- largely due to oil field investments made during the last bubble, analysts say.

The developing world led the rebound, according to the report, with gasoline demand rising 8% in China and 11% in India.

Oil demand in much of the developed world has been flat or declining in the last couple of years, partially due to the recession and partly due to conservation measures put in place over the last several years. Many analysts expect that trend to continue.

"The global market for oil is diverging as never before," said Francis Osborne, an oil analyst at Wood Mackenzie. "In the emerging markets, it has generally been full speed ahead."

Supply and Demand: Auto sales statistics illustrate this well: The Chinese are expected to buy 18 million cars in 2010 -- a 32% jump from 2009, according to the China Association of Automobile Manufacturers. In the U.S., about 11.5 million cars are expected to be sold; a 10% increase for the country after a dismal 2009.

Worldwide, oil demand is poised to grow by 2.5 million barrels a day in 2010 -- one of the largest growth rates on record, according to the Wood Mackenzie report. Eighty-five percent of that growth is expected to come from the developing world.

But despite the voracious appetite, few analysts expect prices to surge like they did in 2008, when oil hit $147 a barrel.

That's because the world can produce more oil now than it could then.

Oil flashback: In 2008, the difference between what the world could produce and the amount it consumed -- known as spare production capacity in industry parlance -- was only about 1 million barrels.

That meant that rebels in Nigeria, hostilities in Iran, or a hurricane in the Gulf of Mexico could conceivably knock out enough production to cause an actual oil shortage. It was one of the main reasons cited for the run up in prices in 2007-2008.

Now that's no longer the case. Thanks to investments in Canada's oil sands, the deepwater Gulf of Mexico, Iraq and Saudi Arabia; the world can now produce about 5 million more barrels a day than it uses, said Branko Terzic, an oil analyst at Deloitte & Touche.

Prices: "On a fundamental supply and demand basis, I think prices will be pretty much steady as she goes," Terzic said.

Citibank futures analyst Tim Evans also foresees oil prices to continue hovering in their current $80 to $90 range for the next year.

In fact, he blamed even $90 oil on investment money flowing into the sector -- not supply and demand.

"Where is demand exceeding supply?" he asked. "Not on the Gulf Coast; not at the gas pump. Only on the New York Mercantile Exchange."