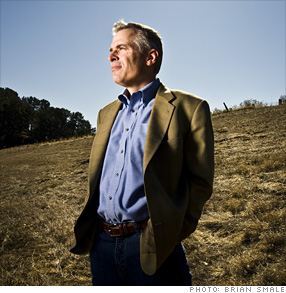 Founder, the Table Group, Lafayette, Calif.
Big Idea: Most executives don't realize that the internal health of a company is key to its success.
Clients: McKesson, San Diego Chargers
Lencioni's books, which feature fictional characters facing up to organizational problems, aren't about to win any academic prizes. That's fine with him. He thinks people seek simple solutions to complex issues.

A former Bain consultant and HR exec at Oracle, Lencioni, 43, started his business in 1997 because his felt most consultants ignored organizational health. His eight books, including The Five Dysfunctions of a Team and Death by Meeting, have sold a combined 2.5 million copies, and Lencioni earns $55,000 a speech. At Southwest Airlines he was the first outsider to work with the executive team in 12 years. In his latest work he turns to overwhelmed families - who, he says, need the same kind of help his clients do.