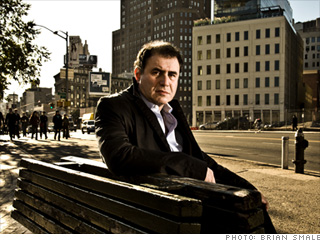 "I am not going to say I told you so, but I did."-Nouriel Roubini
Professor of economics, NYU Stern School of Business, New York City
Big Idea: Create a new global regulatory framework.
Clients: IMF, U.S. Treasury, World Bank
They don't call him "Dr. Doom" for nothing. The Turkish-born, Italian-educated Roubini, 50, was the solitary voice back in 2006 when he warned that the U.S. current account deficit, the housing bubble, the rising price of oil, and "excessively easy money combined with a lack of supervision" created a toxic mix that could cause a violent recession - if not the reordering of the world's financial system.

He was early, but he was absolutely right. "I'm not going to say I told you so," he says, "but I did." Roubini, who also runs a macroeconomic Web site, RGE Monitor, sees at least a year of trouble ahead. "The short-run risk of a total financial meltdown has been reduced," but "the recession train has left the station."