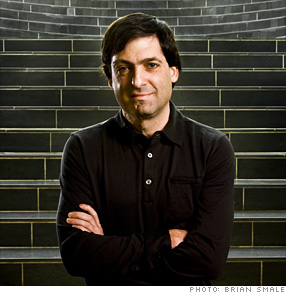 His curiosity about human behavior led to two Ph.D.s, and now he uses his research to advise companies on how to influence consumer decision-making. He's helped a large insurer reduce cheating on its' claim forms, and he's helping create a toothbrush for Procter & Gamble that reminds people to take their prescription medication. Ariely, 41, also studies the logic behind spending patterns - what consumers are willing to spend on a product vs. their understanding of its value. And that will make him a very popular man in this economy.