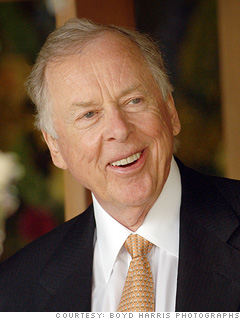 Oil baron turned wind energy ambassador, Pickens is in year two of the tireless promotion of his plan to reduce U.S. oil dependence. He kicked it off with a $60 million advertising blitz and has since rubbed elbows in Congress in his attempt to shape the new energy bill.

Pickens is also active in his Dallas hedge fund, which trades energy stocks and futures and is recovering after a reportedly disastrous 2008 when its original Energy Fund fell 98%. But he's recovered in 2009, according to Bloomberg, with two new funds up 79% and 14% through the summer.