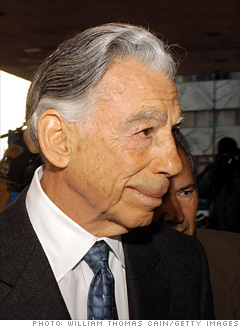 A poorly timed bet on Ford last year and heavy losses from his gaming investments have hurt the father of the Vegas mega-resort, though it may all be forgotten if MGM Mirage, his largest holding, bounces back.

Even after watching his Mirage investment dwindle from $14 billion to less than $2 billion in just two years, Kerkorian is reportedly in good spirits. A longtime friend recently told The New York Times, "To him, this is just a bump on the road."