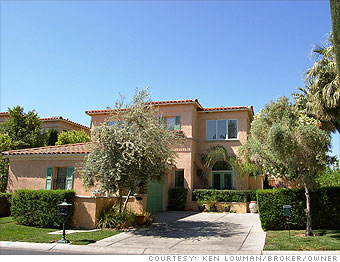 A house similar to this European Villa-style three-bedroom in the country club neighborhood of Canyon Gate -- which was listed in April -- sold for $950,000 in 2007. But this home isn't likely to reach that number. Prices fell another 31% in Vegas this past year, and Sin City remains No. 1 in the country for foreclosures.

But prices in its retirement communities are more stable. That means the discounts may not be as steep, but you'll have far fewer foreclosures, which can bring down property values -- and you're less likely to end up next to a boarded-up home.