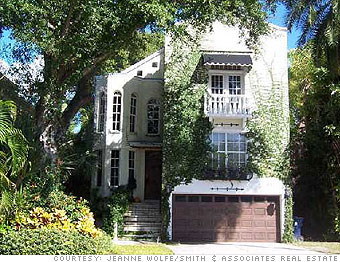 Near downtown, the archipelago of Davis Islands has century-old homes with original Mediterranean styling selling for $200,000 less than last year, according to the Greater Tampa Association of Realtors.

This one on Aegean Avenue has been listed for six months and has twice had its price reduced. But its famous neighbors may still be a draw: Derek Jeter is building a 30,000-square-foot home on the islands.