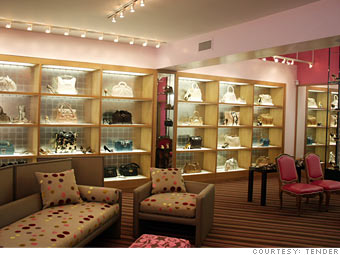 Being located in one of Detroit's toniest suburbs hasn't insulated Tender, a designer women's clothing store, from the region's struggling economy.

"The issues with the Big Three have affected everyone, because it not only affects people who work for Ford, GM and Chrysler, it affects a broad segment of the community," says Daskas, who runs the boutique with her sister, Cheryl. "It's very far reaching, actually."

But Daskas thinks the broader recession is more to blame for her store's slow sales than Detroit's local troubles. Once bank failures and bailouts started dominating the headlines, consumer spending dried up.

"In mid-October, it just stopped," she says. "I think it has to do with the global economy, because 2008 started out fine."

To attract new customers, Tender has upped its marketing budget and launched an e-commerce site. Most of all, the store is focusing on stellar customer service in order to maintain relationships developed over the past 15 years. Daskas says it's those relationships that prompt people to return to the store and recommend it to their friends and family.

"People trust us, and I think at the end of the day, that can make or break you," Daskas says.

Though times are tough in Detroit, Daskas believes the economy will turn around - especially if people find ways to support their local businesses.

"I think if we all stick together, Michigan will come out stronger and better than ever," she says.

NEXT: A time for reinvention