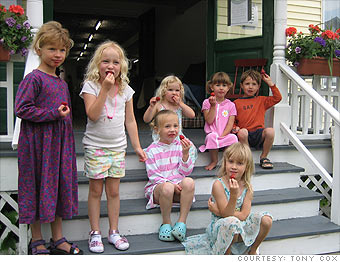 Portland, Maine, is a grizzled veteran of the think-local scene: Its popular Portland Buy Local coalition began in 2006. Tony Cox, who owns a framing shop in town, appreciates the effects the local advertising and awareness campaign has had on his business. So in November, he decided to bring what he learned in the city to the smaller town he lives in: Bowdoinham, located 30 miles to the north.

Cox's first step was to launch a Web site listing and describing all of Bowdoinham's community businesses. He then created a poster and distributed it around town. Cox now has an e-mail list of 200 residents who receive updates on local activities, what's at the farmer's market, and how the campaign is progressing.

"One of the toughest things is you don't want to pressure them," Cox says. "So we say that if you shop local a bit, it can make a big difference."

Lynn Spiro, owner of the Town Landing restaurant in the center of Bowdoinham, says she has used the marketing materials to direct pedestrian traffic to shops along Main Street. "People say, 'I didn't realize this is in town,'" she says. "'Buy local, buy Bowdoinham' is on lips of a lot of people in town. There's work to be done, but it's a common phrase I hear."

Cox plans on expanding his list -- which now numbers more than 100 companies -- and is considering other marking ideas, such as a punch card allowing consumers to get a discount at one business after they've patronized a number of other businesses on the card.