Power for a greener world 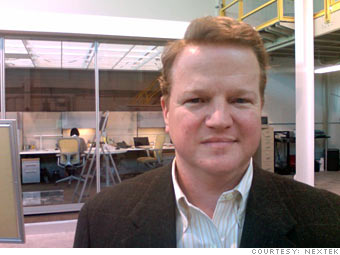 Nextek Power Systems hopes to become the next big thing in electrical systems for commercial buildings.

The company specializes in creating direct-current (DC) power systems, which are more efficient than the alternating-current (AC) electrical systems used in most American buildings. DC systems are also more compatible with renewable energy sources, such as wind and solar power.

As green energy gains mainstream support, Nextek is in a prime position for growth. "We're suddenly in a very exciting spot," says CEO Paul Savage, who has 13 employees in Detroit and New York.

Nextek caught the eye of a potential kingmaker: Armstrong Ceiling Systems, one of the world's largest ceiling manufacturers. Nextek is one of several companies working with Armstrong to create a product called DC FlexZone, a ceiling grid system that incorporates low-voltage DC power. The system is expected to launch by the end of this year.

"If it takes off, we'll be a household name," says Savage, whose company had sales of about $1 million last year.

Savage founded Nextek in New York in 1995 and moved the company to Detroit in 2002. The decision was made for a mix of business and personal factors. Nextek had a manufacturing deal with a company in Dearborn, Mich., and Savage's wife hails from metro Detroit. The couple wanted to be closer to her family.

Savage quickly found advantages to doing business in the city. Nextek was the first tenant of NextEnergy, a nonprofit business incubator in Detroit that supports alternative energy companies. NextEnergy has provided Nextek with lab space and connections to customers and legislators that can help Nextek's business, Savage says.

Nextek has also benefited from low overhead costs and a wealth of engineering talent in the area. The company hired seven employees in the last 16 months and plans to hire several more in the near future.

NEXT: Revving up better batteries