The technology world's top performers are defying the downturn and dominating our list of fastest growers. 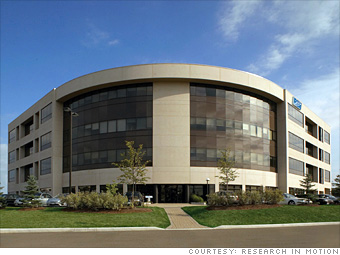 BlackBerrys have long been the cell phone standard for corporate America. In the past decade RIM has sold 65 million phones and now holds a commanding 74% share of business smartphone market.

But the latest challenge for Fortune's No. 1 Fastest Growing Company has been winning over consumers. Apple's hot-selling iPhone became the leading consumer smartphone after it was released in 2007. But for the first half of this year, BlackBerry Curve outsold the iPhone, making it the bestselling consumer smartphone in the U.S.

That has helped RIM post incredible numbers. RIM's three-year average earnings-per-share growth is 84%; annualized revenue growth in that time is 77%; and its shares have a three-year annualized total return of 45%. And with the smartphone market expected to nearly double in the next five years, RIM seems likely to grow smartly.