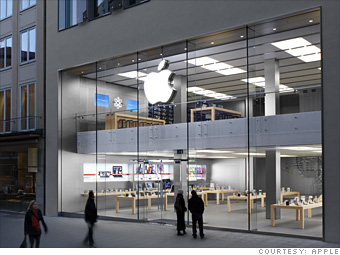 Not only did its iPod music player throw Apple's earnings growth into hyperdrive, it revolutionized the way that consumers bought and listened to music. It also cemented the company's reputation as the cooler consumer electronics maker, which also offered from candy-colored desktop computers and minimalist white and silver notebooks.

As iPod sales begin to slow, the company's latest must-have gadget -- the iPhone -- has already taken the market by storm. Sales of the phone are not only beating expectations, they are trouncing them. In the latest quarter alone, Apple shipped 5.2 million of the devices, which act as a phone, web browser, and multi-media player. That's an increase of 626% from the previous year. Analysts are raising their earnings estimates, despite a pullback in consumer spending.