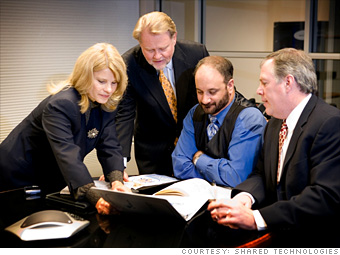 Which is worse: job cuts or pay cuts? When Shared Technologies' biggest supplier, Nortel, filed for bankruptcy last January, its business took a hit, and the company decided less pay was the lesser of two evils.

The data-systems installer determined that employees earning more than $40,000 -- about 80% of its staff -- could survive a salary reduction of 5%, while employees at the vice president level and higher could afford a 10% cut. The decreases saved $7 million and preserved 70 jobs. Shared Technologies did have to lay off 3% of its workforce, the company said that was far less than it would have had to otherwise.

Shared Technologies restored the 5% salary cuts across the board and the other benefits at the start of 2010. Employees with 10% cuts are expected to see the remainder of their salary return later this year.