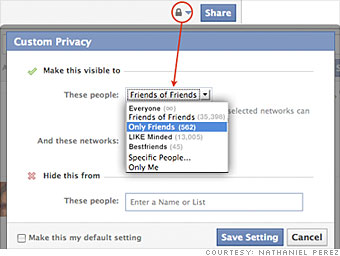 As it is, Facebook provides users with the ability to create groups and exclude things from being visible to other groups. That wasn't possible before. I couldn't separate work from friends, for example.

Though wouldn't it be nice to see the reach of my information, in terms of actual numbers, when you select a privacy level for a status update, photo album or video? Including numbers gives the user a much better of idea of just how many people can see an update, from "Best Friends" with say, just 45 people, to Friends of Friends, where more than 35,000 people might see this. It really tells you whether something will be propagated further and get liked by friends, and even their friends. It also will make the user feel like they have a bit more control over how they want to communicate and what groups they'd like to target their posts to.