A strong case for market optimism

Believe it or not - you have several good reasons to believe the sky isn't falling. In fact, it may be clearing up. 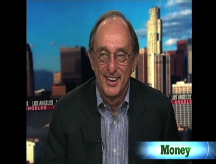 (Money Magazine) -- The economy is in trouble and fear rules Wall Street. No wonder. Banks and other financial companies are posting huge losses. The Federal Reserve has had to engineer a rescue of investment bank Bear Stearns. Home prices are sinking.

The Fed is cutting interest rates to battle recession, but the stock market refuses to be calmed. The Dow swings wildly even as it teeters on the edge of a bear market. And oil keeps rising while the dollar keeps falling. It's all unsettling in the extreme.

But the really scary question is, What's next? Are we at the start of a deep recession and a crushing decline in stock prices? And however serious the problems, how can you best protect your investments?

I'd argue that if you apply a little long-term thinking to the worries that are keeping you up at night, you may well conclude that the outlook for your portfolio isn't so bad - and in fact, that it may even be mildly encouraging.

We've had downturns before. Why does this one seem scarier?

Normally, bear markets and recessions are simply a phase of the business cycle. But the current slump in the stock market and the economy has a different, and potentially more dangerous, origin - a financial crisis.

The outlines of the story are by now depressingly familiar. When the real estate boom ended, a variety of supposedly safe mortgage-backed financial instruments turned out to be poison. The banks and other institutions that owned this debt - or were exposed to it indirectly - suddenly found themselves on the hook for enormous losses. Exactly how big no one could say. The uncertainty has made them much more cautious about lending, and that in turn is hurting companies that rely on short-term borrowing.

Falling home prices and the credit squeeze also hit consumers directly. The cash-out refinancings that homeowners used to pay off other debt and support their standard of living are harder to come by. The big fear is that reduced consumer spending and a credit crunch together could trigger a recession much worse than the normal business-cycle slump.

How bad could things get?

Bear markets that are set off by a shock can be severe. The Great Depression of the 1930s, the stagflation caused by the oil crisis in the 1970s and the real estate bust in Japan in the 1990s all crushed stock returns for years.

Among the most pessimistic economists now is New York University's Nouriel Roubini. He worries that the damage caused by the housing bust will be too big for the Fed to contain. Roubini expects that without far more extensive government intervention, home prices will fall a lot further, leading millions of homeowners to walk away from their mortgages. Banks will have to write down the value of mortgage-backed assets much more sharply than they already have.

The resulting domino effect would knock down the entire financial sector, commercial real estate and commercial lending. The process could take several years to play out and would wreak havoc on the portfolios of pros and Joes alike.

Other gloomy forecasters take more measured positions, but many still believe that the decline in housing prices is at best half over. They expect that stocks will suffer another significant decline and that any near-term rebound in prices will prove only a temporary respite.

That sounds awful. Why on earth should I be optimistic?

First, remember that predictors of doom make headlines precisely because their positions are so extreme. Most forecasters are more positive. The UCLA Anderson Forecast still anticipates that the slowdown won't even be severe enough to rank as an official recession. (To qualify, the economy has to actually shrink for at least six months, not just stagnate.)

Edward Yardeni of Yardeni Research is one of many economists who expect a short, shallow recession during the first half of the year with a recovery starting by fall, and he projects that S&P 500 operating earnings will rise 7% for the year. Yardeni also notes that the price/earnings ratios of big value stocks are quite low and that growth stocks are the cheapest they've been in more than a decade.

Even Warren Buffett, who has said we're now in a recession, is bullish longer term. His Berkshire Hathaway has sold a variety of options basically betting that the stock market is close to a bottom.

I'm inclined to agree that the outlook for the economy is more encouraging than most investors seem to think. For one thing, it appears likely that most of the damage has been done and that stock prices today reflect what are now widely recognized problems. Moreover, while you can find similarities between the three big shocks of the past 80 years and today's situation, none really matches present circumstances. Let's look at them in more detail.

Depression. The 1929 stock market crash was the best-known event leading into the Great Depression, but the loss of paper wealth wasn't what unleashed the calamity. The more important causes included bank failures, excessive consumer debt and restrictions on international trade. Some of these seem to have parallels today, but the most important factor is completely different.

As banks failed in the early 1930s, the Federal Reserve allowed the money supply to shrink by as much as 35%, causing the economy to keep contracting. Today, by contrast, the Fed has been pumping money into the economy as fast as it can. Over the past year, in fact, the money supply has grown more than 7%.

In addition, the Fed is intervening to an unprecedented degree to shore up troubled banks and brokerages. It's likely that Bernanke & Co. will keep pushing interest rates down to make it easy for banks to lend money, thus minimizing the credit squeeze.

Once all the banks' bad loans have been identified and written off over the next year or so, some institutions will be out of business and others will have been forced to merge à la Bear Stearns. Their stockholders and bondholders will have suffered - a lot. But most of the U.S. economy will be poised to recover.

Stagflation. In the 1970s a sharp spike in oil prices following the OPEC embargo produced a devastating combination of slow growth and soaring inflation. Today oil prices are as high as they were in the '70s, after adjusting for inflation. Yet the U.S. economy is more than twice as energy-efficient as it was back then.

Like a car that gets 28 miles to the gallon instead of 14, today's economy can better tolerate high fuel costs (although there is still some pain). And despite a few bad inflation numbers in recent months, pressure for price increases generally remains moderate.

Stagnation. In the late 1980s, Japanese real estate boomed. When the bust came, financial authorities there kept trying to prop up prices so that companies could avoid big write-downs. The result was much like removing a bandage very slowly, and for 13 years investors in Japanese stocks felt the pain.

NEXT: OK the world isn't ending
12