The wild world of frontier funds

The usual emerging markets aren't exciting enough for some folks. Have you considered...Namibia? 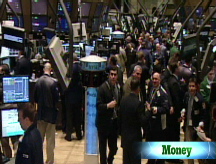 (Money Magazine) -- Where in the world can you get good returns these days? The gains from foreign equity funds are mighty tempting, especially those of emerging market portfolios, which, despite a recent slump, are up an annualized 25% over three years.

It used to be that investing pros split the world in two. There were stable economies like the U.S. and Japan, and then there were the places where your ATM card might not work, lumped together as emerging markets.

But now that countries like China are taking their place among the world's big economies, traditional emerging markets funds have lost some of their gunslinging appeal.

Enter the newest fad: frontier funds. They go to places that may have barely functioning stock markets and shaky governments but often have astounding growth rates. Côte d'Ivoire's market spiked 122% in 2007. Namibia's rose 63%.

Within the past year, three funds specializing in frontier stocks have launched: T. Rowe Price Africa & Middle East, Fidelity Emerging Europe, Middle East, Africa and Claymore/BNY Mellon Frontier Markets, an ETF. And more are on the drawing board.

As in the late '90s, when investors were piling into dotcoms just before the tech bubble imploded, this rush into the riskiest overseas markets could prove poorly timed. After all, foreign equities have outperformed U.S. stocks for seven years in a row, which suggests that this rally is overdue for a reality check.

Here are three tough questions to ask before buying into pre-emerging markets - or any other hot new product Wall Street dreams up.

Do I really need this much diversification?

Whenever some clever new strategy becomes popular, you'll hear a lot about the virtues of diversification. It's basically true: If you own things that don't move in lockstep with the U.S. stock market, you should have smoother returns.

And frontier funds do have some diversification appeal. The U.S. and other developed markets are more closely tied than in the past - the credit crunch that led to bank meltdowns in the U.S. resulted in similar disasters in Paris and London.

As Adam Kutas, manager of the Fidelity frontier fund, says, "We have no exposure to the subprime problem in our portfolio."

Trouble is, frontier markets are tiny, with $191 billion in total market value. (The Growth Fund of America could buy them all.) If you followed a conventional strategy of matching your portfolio allocation with the frontier countries' share of global markets, you'd put 1% of your money into such a fund. (Buy more and you aren't diversifying but making a bullish wager.) For most investors, such a small position isn't worth the trouble.

Am I making a bigger bet than I think?

During the dotcom bubble, lots of people snapped up technology sector funds, perhaps not noticing that their other funds were knee-deep in tech too. There's a similar risk here. If you've been buying commodities investments, you are exposed to the same big trend driving many small new markets.

These nations are reaping the profits of the commodities boom because they own and produce major natural resources. They have been racing to invest that windfall in new infrastructure, expanded banking systems and improved quality of life. But if commodities cool, this will likely lead to a sharp sell-off across most frontier markets.

Do I really have the stomach for this?

No, really. Frontier stocks are as risky as you can get. For starters, there's political instability - Kenya, for example, suffered violent protests after recent elections. And the stocks are thinly traded. (Says T. Rowe Price analyst Joseph Rohm: "I'm often the first analyst to meet with these companies.") That makes for big swings. Vietnam is down more than 60% this year.

When the swings are mostly upward, it's easy to say you can handle the volatility. But consider this: If you are really in it for the long haul, you'll maintain your asset allocation to frontier funds even if (as is plausible) they go down 50%.

In that case you'll double down to buy more after losing a big chunk of your original investment. Says Rick Ferri, a financial adviser in Troy, Mich.: "Most people can't do that, and end up selling at the bottom."

A little exposure to the conventional emerging markets - you know, sleepy places like India - is sufficient diversification. Vanguard Total International Stock Market keeps 20% of its portfolio in emerging markets.

Or you could combine a 25% stake in a large-cap foreign stock fund with a 5% stake in one that invests in riskier markets - for example, T. Rowe Price Emerging Markets, which dabbles in frontier stocks too. Either strategy gets you overseas growth without the risks of being a pioneer.

5 fashion tips for your portfolio