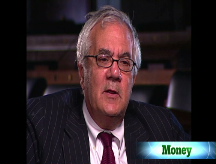 The Federal Deposit Insurance Corp. reported Tuesday that the number of firms on its so-called problem bank list grew to 117 during the second quarter - its highest level since the middle of 2003. There were 90 banks on the problem list in the first quarter.

FDIC Chairman Sheila Bair expressed little surprise at the increase and warned that the number would grow.

"More banks will come on the list as credit problems worsen and assets of problem institutions will continue to rise," said Bair in a press conference.

The number of troubled institutions has moved steadily higher this year - nearly doubling from 61 at the same time a year ago - as banks across the country struggle to cope with the fallout in the housing market and rising loan losses.

Problem banks typically face difficulties with their finances, or are suffering through operations or management issues that pose a threat to their existence.

Banks included on the problem list are considered the most likely institutions to fail, although few institutions actually reach that point - just 13% of banks on the FDIC's problem list have failed on average.

The FDIC, one of the top regulators of the nation's banking system, doesn't reveal the names of the banks on the list, but it does give the total assets of these institutions.

That number was $78.3 billion during the quarter, up sharply from $26.3 billion the previous quarter. The lion's share of that figure included the Pasadena, Calif.-based mortgage lender IndyMac, which boasted assets of $32 billion before it collapsed in mid-July. (Since IndyMac (IDMC) failed in the third quarter, it was on the problem list for the second quarter.)

"What is evident is that the size of the new banks added to the list are extraordinarily small," said Gary Townsend, a former bank analyst at Friedman, Billings, Ramsey, who now serves as the president of the Chevy Chase, Md.-based Hill-Townsend Capital.

Including IndyMac, nine banks have failed so far this year.

The most recent failure came last Friday with the Topeka, Kansas-based Columbian Bank and Trust. As is typically the case, the FDIC orchestrated the sale of the company's branches and deposits to another institution, in this case selling them to the Chillicothe, Mo.-based Citizens Bank & Trust.

In the event of a failure, the FDIC fully insures individual accounts up to $100,000 per deposit and $250,000 for most retirement accounts.

Indeed, bank failures are widely expected to continue - particularly among those institutions who tend to generate most of their business from commercial real estate, especially construction and development loans, said John Corston, an associate director at the FDIC.

"That area is fairly stressed and we're seeing more institutions now becoming problems by virtue of their exposure there," Corston said.

Analysts, as well as the FDIC, are quick to point out that the number of failures so far isn't close to the numbers seen during the savings & loan crisis of the late 1980s and early 1990s. During that tumultuous period, more than 1,000 institutions failed.

But as an increasing number of banks have gone bust, Bair warned Tuesday that the industry may soon face higher premiums to help replenish the FDIC fund used to insure depositors of failed institutions.

Overall, the second quarter proved to be yet another difficult period for the nation's banks as industry profits fell 87% to $5 billion from $36.8 billion a year ago.

Driving that decline, in part, was a surge in loan-loss provisions. Facing additional deterioration in the housing market and further weakness in the broader economy, FDIC-insured banks set aside $50.2 billion during the quarter, more than four times the quarterly total of $11.4 billion from a year ago.

At the same time, net charge-offs, or loans banks don't think are collectable, continued to rise, totaling $26.4 billion in the second quarter - its highest level since 1991.

Banks also saw their first decline in assets since 2002. Total assets fell $68.6 billion during the quarter, the largest drop since early 1991.

As the housing market continues to sink, bankers have been reining in their lending. Real estate construction and development loans, for instance, registered their first quarterly decline since early 1997, falling by $5.4 billion, or 0.9%.

But FDIC officials said this tightening is crucial to helping the banks and the economy heal.

"The ongoing adjustments to credit standards are absolutely necessary to put the industry on a sounder footing to extend credit and finance economic activity down the road," said Rich Brown, the FDIC's chief economist.

Banks also took steps to preserve capital during the quarter. Just over half of the more than 4,000 banks that paid a quarterly dividend last year reported paying out a smaller amount, or no dividend whatsoever, during this year's second quarter, the FDIC said.

Banks not feeling urge to merge