As Tropical Storm Hanna bears down on the U.S., gasoline prices drop for the fifth straight day but remain 87 cents above year-ago levels. 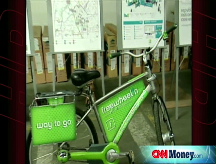 NEW YORK (CNNMoney.com) -- Gasoline prices eased for the fifth straight day, even as Tropical Storm Hanna bears down on the Carolinas, according to a nationwide survey of gas station credit card swipes.

Gas prices were mixed in the three states that lie in Hanna's direct path. Prices were slightly lower in Georgia, slightly higher in North Carolina and unchanged in South Carolina. Nationwide, Alaska and Hawaii remained the two states with gas prices still tracking above $4 a gallon. The cheapest gas was found in Delaware, where prices averaged $3.451 a gallon.

Declining oil prices have helped keep gas prices in check. Also, Americans cut back on driving during the typically heavy traffic summer months. In fact, demand for gas dropped off by 3% to 4% during the June-to-August period and driving decreased during the same time frame. It remains to be seen whether the trend will hold.

Crude prices have trended lower amid heightened concern about weakening demand. Crude futures for October deliver fell below $108 a barrel on Thursday as investors appeared to shrug off a surprise drop in the nation's crude supplies. Oil prices were down $1.44 a barrel to $106.45 early Friday.

Meanwhile, Gas has fallen about 44 cents from the record high average of $4.114 that AAA reported on July 17, but they are still 87 cents above last year's Sept. 4 prices.