Retail group expects just a 2.2% increase, about half the 2007 rate, which would be the slowest growth in six years. 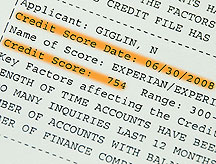 NEW YORK (CNNMoney.com) -- The nation's retailers could be in for the weakest holiday season in six years as the sluggish economy continues to squeeze household budgets, according to a trade group report issued Tuesday.

The National Retail Federation forecasts that retail sales between November and December will expand 2.2% to $470.4 billion. That's below the ten-year average of 4.4% and the lowest since 2002, when sales rose 1.3%.

"Current financial pressures and a lack of confidence in the economy will force shoppers to be very conservative with their holiday spending," said NRF Chief Economist Rosalind Wells in a statement.

Weakness in the housing market, rising unemployment and lackluster income growth are among the challenges that consumers will face this holiday season, the NRF said.

Additionally, high energy and food costs will continue pinch American consumers. And the crisis in the nation's financial system will erode consumer confidence in the months ahead.

"We expect consumers to be frugal this season and less willing to splurge on discretionary items," Well said.

Given the current outlook, the NRF does not expect the economy to rebound until the second half of next year.

Last year's holiday sales rose 3% (correct), driven largely by gains in the consumer electronics market, NRF said. The forecast was for a 4% increase.

First Published: September 23, 2008: 4:27 AM EDT
The nation's retailers could be in for a cheerless holiday season this year as the sluggish economy continues to squeeze household budgets.
Features
2011 Fortune 500