How to love trillion-dollar deficits

This reformed fiscal conservative has stopped worrying about the nation's ballooning deficit. You should too. 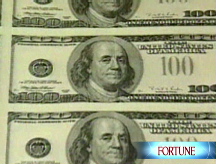 10 new gurus you should know
You've heard of Peter Drucker, Jim Collins, and C.K. Prahalad. Here we introduce the next generation of management experts who are changing the way business gets done.
View photos
What makes a recession?

My wife, who's heard me rail against deficits since I served as a budget hawk back in Bill Clinton's White House, thinks I've lost my mind - or at least my principles. I used to be a deficit fetishist, an oddball who read one of Pete Peterson's budget doomsday books on his honeymoon, and who has bored countless friends with filibusters on our fiscal follies. But I've changed.

What's a fallen fiscal conservative to say? When a character in Hemingway's The Sun Also Rises was asked how he went bankrupt, he famously replied, "Slowly, then suddenly."

My journey into the heart of the New Deficit Indifference feels the same. I came of age as an economics student just as Ronald Reagan was on his way to quadrupling the national debt. I imbibed the wisdom that deficits crowd out private investment, hurt productivity growth and living standards, and pass big burdens to the next generation. All because politicians were afraid to make a few unpleasant choices!

By 1992 I was the kind of New Democrat who thought Ross Perot performed a tremendous public service when his charts and graphs proved that 20% of the electorate could be roused to care about our fiscal mess. In the early Clinton White House I was the resident deficit monomaniac, the guy who griped that we weren't moving fast enough to shrink the debt even as we skimped on needed investments in health care, infrastructure and education.

I even wanted to go the next step and teach the public about a few sensible steps to slow the growth of Medicare and Social Security. Yet Bill Clinton, helped by a booming economy, ultimately turned a tide of red ink into unprecedented surpluses.

Now, of course, our fiscal situation has grown dire. Indeed, before the credit crisis hit us, I would have said the absence of a successor to Perot's voice was one of the consequential gaps of the 2008 campaign. After all, the costly retirement of the Baby Boomers isn't far off in the future anymore; it's upon us. The fiscal hole is deeper than ever, with Uncle Sam sporting $50 trillion in unfunded health care and pension liabilities.

In short, we're spending beyond our means, saving next to nothing as a nation, and thus dooming our kids to ruinous tax hikes and spending slashes unless we start to pay our own way.

In the face of all this, how can a deficit hawk like me now blithely countenance the coming trillion-dollar gap? It's apt to invoke the godfather of deficit spending himself. "When the facts change, I change my mind," John Maynard Keynes once growled when grilled about an inconsistency. "What do you do, sir?"

In ways that 9/11 didn't, today's economic meltdown really does change everything, at least for a few years. Every day brings fresh proof that the credit crunch and the exhaustion of debt-fueled consumer spending threatens to dangerously collapse aggregate demand. There's simply no way to avoid a major recession without the federal government stepping in to bolster demand until we work through the subprime hangover.

Toss in reasonable down payments by the Obama administration on expanded health coverage, green energy, infrastructure and schools, and the only question is how the new president can manage appearances so that this trillion dollar milestone doesn't become a political millstone to boot.

The key (and here you'll see I haven't really changed my stripes) is to enact a long-term framework for fiscal sanity even as we test the limits of how much debt the Treasury can peddle.

Bob Litan of the Brookings Institution suggests building such triggers into Obama's blueprint from the start. Once unemployment gets back beneath 6%, for example, we could require a supermajority vote in Congress to run deficits higher than, say, 2% or 3% of GDP (by comparison, the trillion dollar figure will push us toward 7%, an all-time high).

Yes, promises like this can be broken. But given the extraordinary circumstances, writing this kind of future restraint into law would tell world markets that we know the debt spree has to end. Obama could also set up a bipartisan commission on Social Security and Medicare with a view to building consensus for action in a second term, by which time the current crisis will, with luck, be a fading memory.

All this will push conventional thinking past the breaking point on everything from how much federal debt markets can absorb to how much cash can be spent on infrastructure fast and wisely. The defining drama of the next six months will be the fight to get this framework right and sell it to skeptical publics here and abroad. In the meantime, I'm putting my zeal for budget rectitude on the back burner. For the economy's sake, we're all deficit-addicted Keynesians now.

Matt Miller is a senior fellow at the Center for American Progress. His new book, The Tyranny Of Dead Ideas, will be published in January by Times Books. Email: mattino@att.net