With little money going in or out of Treasurys to close the year, bonds make very small movements despite two dour economic reports. 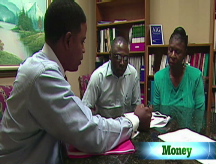 Bonds have traded in a close range for the past two weeks, with very subtle changes brought on by ultra-thin trading heading into the last days of the year.

"With year-end trading, a lot of people are staying on the sidelines," said Peter Cardillo, chief market strategist at Avalon Partners.

"Bonds have been strong, so it will take a lot in the market to change them significantly," he added.

Analysts said recent up and down movements are not indicative of a volatile trend. Instead, experts forecast Treasurys will continue to rise for at least several more months, as sour economic news is expected to persist well into 2009.

That news includes two reports released Tuesday that painted a grim picture of the economy. Home prices posted a record year-over-year decline of 18% for the month of October, and consumer confidence hit an all-time low this month.

A continued rise in Treasurys would push yields lower, even after yields on the 2-year, 10-year and 30-year Treasurys all hit record lows last week before rising slightly.

Historically low yields have done nothing to hold back buyers. With the stock and commodities markets plunging this year, investors have placed their funds in Treasurys with the hope that government bonds will provide a safe investment.

As a result, Treasury bonds have performed very well in 2008, returning 14.5% to investors, according to a Lehman Brothers index - on pace for the best performance since 1995, analysts said. Investors holding S&P 500-based index funds, on the other hand, have lost 41% of their investment in 2008.

The bond market is "way overextended," Cardillo said. "We can expect a pullback in early 2009 with a slew of economic numbers going into the new year."

Meanwhile, the 3-month yield - widely considered a gauge of investor confidence - edged up to 0.09% from 0.02%. Yields have been hovering at or around 0% for the month of December, suggesting continued risk aversion on the part of investors.

The government has been auctioning off debt to pay for bailout programs. On Tuesday, Treasury auctioned off $35 billion of 62-day bills and a $22 billion of 27-day bills.

Libor - the London Interbank Offered Rate - is a daily average of rates 16 different banks charge each other to lend money in London. It is used to calculate adjustable-rate mortgages. More than $350 billion in assets is tied to Libor.

Two market gauges suggested that while less cash is being hoarded, banks are still skittish.

The "TED spread," a measure of banks' willingness to lend, slipped to 1.35 percentage points from 1.4 points - equal to where the measure stood before the Sept. 15 collapse of Lehman Brothers.

The higher the TED spread, the more unwilling investors are to take risks. The rate has skyrocketed as the credit crunch exploded into a crisis, but it has fallen since the government put billions of dollars into credit-easing programs in recent months.