How to manage your business in a recession

There's no script for running a company in this historic downturn. So what the heck do you do? Here are ten ways to weather the storm.

10 ways to weather the storm
Your first instincts - cutting prices, reducing bonuses and offshoring - may be exactly the wrong moves during a downturn, say top CEOs.
View photos
All industries in recession 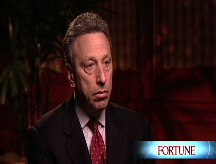 (Fortune Magazine) -- Exciting as it is to be living through historic economic drama, you can't just stand by and watch. You have to act - yet you have no script.

So much of today's turmoil is unprecedented that we can't find much guidance by looking to the past. For managers across the global economy, as well as for Team Obama on its way to Washington, today's great question is, What do we do now?

Managing in any recession is difficult; managing through this one is especially hard because it's different from previous ones in multiple ways. Most immediately significant, employment is plunging more steeply than in a long time - by more than two million jobs last year, more than during the previous two recessions, and this one is far from over.

At the same time, U.S. consumer spending is falling sharply. In the third quarter it sank at a 3.1% annual rate, the steepest decline since 1980 - meaning that managers who have made it through the past four recessions have never confronted anything like it. Best Buy (BBY, Fortune 500) president Brian Dunn said recently, "In 42 years of retailing, we've never seen such difficult times for the consumer."

The drop is worrisome because consumer spending is more than 70% of America's economy, and while it may rise quickly or slowly, it almost always rises. During the whole of the last recession (2001), consumer spending never declined at all; its growth only slowed.

Compounding the problem, consumers are more deeply in debt than ever, an immediate concern for companies that lend to consumers; American Express (AXP, Fortune 500) CEO Ken Chenault calls this "one of the most challenging economic environments we've seen in many decades."

Longer term, consumers' balance sheets are so ugly that many executives believe this recession may linger as people slowly rebuild their finances. Dunkin' Brands chairman Jon Luther says, "This downturn will not have a typical V-shape, where it bounces right back. It could be a couple of years before consumer spending goes up again."

Consumers aren't the only ones deleveraging. Companies are too, and on a more massive scale than ever seen before. That means business-to-business firms are also suffering. Cisco (CSCO, Fortune 500) CEO John Chambers predicts that his company's sales will decline for the first time in five years.

Deleveraging is typical in a recession, but because boom-time leverage had reached unprecedented levels, the reverse process may become particularly violent. Deere (DE, Fortune 500) CEO Bob Lane cites current deleveraging as a main difference between this recession and previous ones: "The U.S. economy has never been through anything like this, and we don't know what the effects will be."

Yet another important difference - the credit crunch - affects even those companies that are reducing debt, but especially those that aren't. Virtually all firms depend on a constant flow of credit to carry them smoothly through the ups and downs of business fluctuations. While it's entirely typical for lenders to get more cautious in a downturn, the near freezing of credit is something else again. Even companies able to pay higher interest rates may find that credit isn't available from the usual sources at any price.

Making this recession unique above all is its sheer interconnected complexity. Consider this sequence: The U.S. housing bubble bursts, pushing U.S. consumer spending down, leading to less demand for imports from China, causing slower growth of the Chinese economy, thus decreasing demand for copper, pushing copper prices down to their lowest levels in almost three years, causing big problems for you and your warehouse full of copper. You can conduct pretty fancy scenario planning and still not be ready for that - and it's safe to say we've barely begun to see the rippling effects of a recession in an information-based, truly international economy.

Yet that's the environment in which you must manage. How? Insights and practices from global executives, consultants, and others suggest several steps you can take now.

As usual in these situations, much will depend on how quickly you move. It's human nature to avoid confronting bad news and to imagine that today's troubles will pass more quickly and easily than they really will. Virtually everyone Fortune spoke to recommends the opposite: Assume conditions will be worse than you actually expect.

"You identify areas where you think you can be more efficient by assuming the worst-case scenario," says Intuit (INTU) CEO Brad Smith. "Then you end up saying, Why don't we just do that anyhow?" Facing the coming reality before your competitors do can make a big difference in which of you stays healthy or even who survives.

It must be said that some of the most effective moves you can make for prospering through a recession are ones you established a long time ago. In times like these the strong get stronger and the weak get eaten. In the tumultuous third quarter, while Washington Mutual and IndyMac Bank were failing, Bank of America (BAC, Fortune 500) - which got out of subprime mortgages in 2001 - attracted $21 billion of new consumer deposits as consumers ran to safety. When the Wickes furniture retailing chain filed for bankruptcy earlier this year, more than 100 truckloads of furniture were on their way to its stores; a Milwaukee retailer that had remained financially solid, Steinhafels, bought the contents of several at bargain prices.

Remember that for next time. For now, what's done is done. No matter what shape your business is in, it will benefit from following these ten recommendations.

It's hard to be upbeat in a recession, but it truly is an opportunity. Marathoners and Tour de France racers will tell you that a race's hardest parts, the uphill stages, are where the lead changes hands. That's where we are. When this recession ends, when the road levels off and the world seems full of promise once more, your position in the competitive pack will depend on how skillfully you manage right now.