Two Congressmen are urging Treasury to force Citigroup to pull out of its $400 million naming rights deal for the Mets' new stadium. Here's why that's a bad idea.

ROAD TO RESCUE
Throw Citi and BofA out of Dow 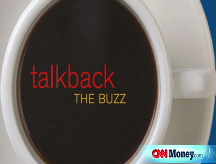 NEW YORK (CNNMoney.com) -- The government forced Citigroup to cancel its order for a brand new $50 million corporate jet. Now, two Congressmen are hoping that the Obama administration will convince the beleaguered bank to scrap its naming rights deal with the New York Mets.

The Mets are moving into a new baseball park this year and Citigroup (C, Fortune 500) agreed in 2006 to pay $400 million over 20 years to have it named Citi Field.

But that deal, like the planned purchase of the jet, has come under scrutiny from Congress now that Citigroup has received $45 billion in taxpayer bailout money, as well as a government backstop for more than $300 billion in loan losses.

"Citigroup is now dependent on the support of the federal government for its survival as an institution. As such, we do not believe Citigroup ought to spend $400 million to name a stadium at the same time that they accept over $350 billion in taxpayer support and guarantees," Kucinich and Poe wrote.

Talkback: Should the government force Citi to end its stadium deal with the Mets?

Kucinich and Poe make a good point. It is embarrassing that the new stadium in Queens will bear the name of a company that has twice gone running to the government's Troubled Asset Relief Program (TARP), and that's synonymous with the financial collapse.

It's particularly appalling considering that Citi announced plans to lay off more than 50,000 workers in November and reported a loss of nearly $19 billion in 2008.

But should Geithner demand that Citigroup back out of the deal? That's going too far.

It makes sense for Treasury to try and prevent Citi and other banks from making any more dumb moves going forward.

But it would set a dangerous precedent to have the government step in and mandate that a company break an existing written contract.

And if Citigroup has to renege on its deal, then where does it end? Bank of America (BAC, Fortune 500), the recipient of $45 billion bailout money and hundreds of billions more in loan guarantees, reportedly pays $7 million a year for Bank of America Stadium, home to football's Carolina Panthers.

Should Geithner pull the plug on that contract too?

Several other financial firms that have received or applied for bailout money also have names on stadiums, including Comerica (CMA), M&T Bank (MTB) and PNC (PNC, Fortune 500).

Heck, this Sunday's Super Bowl will be played at Tampa's Raymond James Stadium, named for the brokerage firm that has applied for TARP money.

And let's not forget automaker General Motors (GM, Fortune 500), the recipient of $13.4 billion in government loans. Its name currently graces the home of hockey's Vancouver Canucks.

Now don't get me wrong. I personally think that most companies that spend millions on naming rights deals are wasting their money. It's also telling that besides banks and autos, another notoriously mismanaged industry -- airlines -- has a host of such deals.

Many companies got suckered during the good times into thinking that they have cash to burn and that using it to plaster their name on a stadium is a good idea...only to find that the expected promotional benefit did nothing to help them.

Enron and Adelphia, two companies that were at the heart of the corporate accounting scandals in the middle of this decade, also once had naming rights deals. (Enron Field was once the name of the Houston Astros' baseball park while Adelphia Coliseum was the home of the NFL's Tennessee Titans.)

But none of this means that the government should have any right to force a company to back out of a written agreement it has with another party.

Now should Citi work with the owners of the Mets to try and find another sponsor for the ballpark? That is not a bad idea. It would be a good PR move for both the Mets and the beleaguered bank if the new stadium bears the name of a corporate sponsor that's not suckling at the government's TARP teat.

And even though Citi would only be "saving" $20 million annually by ending the deal, every bit helps right now.

So if Citigroup CEO Vikram Pandit wants to do something to really get in Geithner's good graces, not to mention win over some angry taxpaying New York Mets fans, then maybe he should have some of his firm's currently underworked bankers start looking for another firm that can take over the naming rights.

The only TARP that should be associated with America's pastime is the one the groundskeepers pull over the field during a rain delay.