Out of work? Stimulus bill will help

Economic rescue plan would increase payments and extend benefits for the unemployed. It would also provide access to subsidized health insurance. 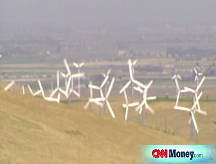 NEW YORK (CNNMoney.com) -- The federal stimulus package is designed to create millions of jobs, but it also provides many benefits to those who just can't find work.

The measure, which congressional leaders hope to finish next week, currently proposes:

A growing number of people are depending on unemployment benefits, with continuing jobless claims hitting a record 4.79 million in late-January. The figures are sure to grow with companies shedding more than 250,000 jobs so far this year.

The federal government releases January's national unemployment rate on Friday. Currently at 7.2%, it is expected to rise to 7.5%.

Bigger checks: The unemployed would see their checks rise by $25 a week, paid for with federal funds. The current average weekly benefit is $297.

The increase would have a big impact on those at the lower end of the pay scale who are likely to spend it all, said Wayne Vroman, economist with the Urban Institute.

Mike Grigsby of Portland, Ore., would certainly welcome another $25 a week. The political organizer is scraping by on a weekly pre-tax benefit of $304, which barely covers his $545 monthly rent and other expenses.

"I could have fresh fruits and vegetables in the house, instead of canned goods," said Grigsby, 37, who has been unemployed since November. "I could buy a new interview suit at Goodwill."

The Senate version would also forgive income taxes on the first $2,400 of benefits.

The jobless typically get 26 weeks of unemployment insurance, paid for by the states. Last summer, the Bush administration and Congress added an additional 13 weeks of benefits, paid for by the federal government.

In November, federal officials added another seven weeks of benefits in all states. Those who live in states with unemployment rates higher than 6% -- 34 states meet that criteria as of December -- could receive a total of 20 additional weeks.

The federal program is set to expire in March, but under the stimulus package, the jobless could apply for the extended federal benefits through Dec. 31.

With the deepening recession making it harder for people to land new positions, extending benefits is crucial, said Heidi Shierholz, economist at the Economic Policy Institute.

Randall Paynter depends on his $320 weekly unemployment check to support his family. Even though his wife works full-time, they are living on half of what they did before Paynter lost his job as a warehouse supervisor in May.

A Rome, Ga., resident, Paynter is back in school studying computers in hopes of getting a job in automated manufacturing. But he doesn't graduate until 2010 so he hopes the federal government keeps extending the benefits.

Expanding coverage: The package would enact the Unemployment Insurance Modernization Act, which provides $7 billion in incentives for states to expand the ranks of jobless that qualify for benefits.

States that allow workers to count more recent wages in their applications could share in $2.3 billion. The remaining funds would go to states that adopt additional reforms, including providing benefits to those seeking part-time work and those who quit because of a family member's illness or relocation of a spouse.

States would also divvy up $500 million to cover administrative costs.

This expansion would allow more women, part-timers and low-wage workers - who are often the most vulnerable of the unemployed - to collect benefits, Vroman said.

Subsidized access to health insurance: The bill would allow many workers to continue coverage under their former employer's health insurance, known as Cobra, by subsidizing 65% of the premiums for as long a year. The benefit would apply to those who lose their jobs between September 2008 and the end of 2009.

The typical family premium under Cobra is $1,000, according to House Speaker Nancy Pelosi, D-Calif.

The House bill would also allow workers who are 55 and older, or have been with their employer for at least a decade, to extend their Cobra until they become eligible for Medicare or secure coverage with another company.

Also, those unemployed whose family's gross income is below 200% of the federal poverty guidelines could temporarily receive Medicaid, under the House bill. The benefit, paid for by the federal government, would apply to those who lose their jobs between September 2008 and the end of 2010.

Assistance for states: The package would temporarily waive interest payments and accrual of interest on loans taken by states to pay unemployment benefits. Five states - Indiana, Michigan, New York, Ohio and South Carolina - are currently borrowing from the federal government.

Advocates for the jobless are hailing the provisions in the package, saying they will help those struggling to survive while looking for work, said Christine Owens, executive director of the National Employment Law Project.

On top of that, it will help stimulate the economy, since most people receiving unemployment benefits spend the money quickly, economist said.

"It's the right thing to do by workers most hurt by the recession and it's really smart economic policy," Shierholz said.

Stimulus: What's on the table