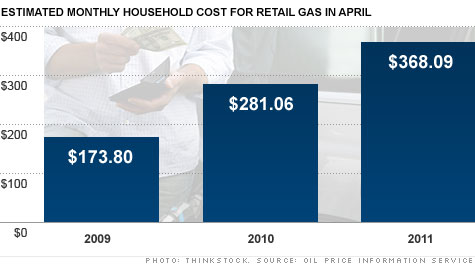 After surging nearly 30% this year, the national average price for regular gasoline is less than 2 cents away from $4 a gallon. That's still below the all-time high of $4.114, but prices in many parts of the country have already risen to new records well abve that level.

Mississippi is the state where residents feel the biggest bite, with the average household spending over 14% of their total income on gas last month.