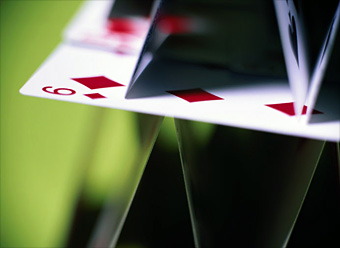 "People, for whatever reason, think, if you're a good bridge player you've got a good brain, so I might as well do business with you."

Cayne's skill at cards (he's a championship-level bridge player) paved the way for him at Bear Stearns and helped make him an immensely successful broker. Together with Alan "Ace" Greenberg, Laurence Tisch, a self-made billionaire and Cayne's client, and Milton Petrie, the former CEO of Petrie Stores, Cayne played bridge after work at the Regency Whist Club on Manhattan's East Side. Warren Buffett and Malcolm Forbes occasionally played on the same team as those four, and together they called themselves Corporate America's Six Honchos, or "CASH" for short.