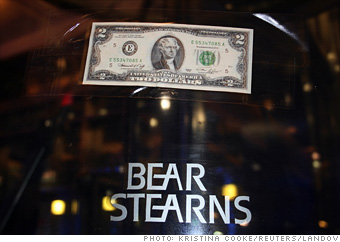 On Sunday morning, while the J.P. Morgan deal was being worked out, Cayne went out to breakfast at the Jackson Hole diner, at 91st Street and Madison Avenue, for a couple of eggs with Vincent Tese, the billionaire chairman of Wireless Cable International and the lead independent director on Bear's board. The two had a frank discussion about the ramifications of what Cayne called playing the "nuclear card" - threatening to file for bankruptcy.

NEXT: Approving the J.P. Morgan deal