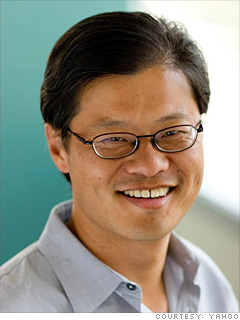 Deal breaker? Yang beat back an unsolicited takeover bid from Microsoft, but he has been less successful in competing with Google and retaining key talent.
Why he's miserable: Yang managed to elude Microsoft's unsolicited takeover attempt earlier this year, but his apparent resistance to doing a deal enraged shareholders who doubt the company can deliver on plans to boost earnings growth or the stock price.

Why others are miserable: Yahoo stock is down more than 20% since Yang reassumed the CEO slot in the summer of 2007, and it's more than 30% below Microsoft's initial $44.6 billion takeover offer.

What he makes: $1. No one can say Yang, a co-founder of Yahoo, is overpaid or lacks a stake in the company: He owns 54 million shares, according to the company's 2007 annual report, which makes him a billionaire even at today's reduced prices.