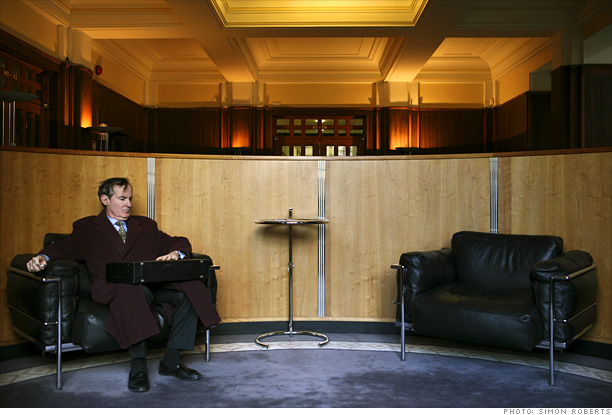 Tully waits in Dublin's government offices to discuss the beleaguered nation's plans to save its economy. The Irish government predicts that GDP will tumble 7.7% this year, after sliding 2.2% in 2008. Unemployment is forecast to hit 15% next year, quadruple the level of 2007.

Ireland's new troubles
Dark clouds have descended upon Eire, which has been hit by a housing bubble and the global slowdown. Can the country once again become the go-to place for foreign investors? More