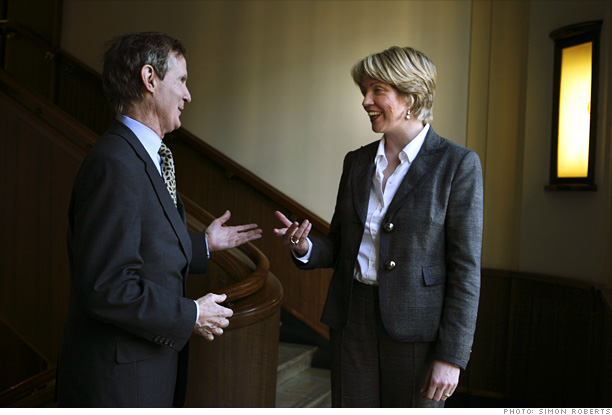 Tully meets with Ireland's Tánaiste (or deputy prime minister) Mary Coughlan, the second-in-command of a nation whose economy has ground to a halt. Though the country still has vast potential for exports and could rebound strongly as global growth resumes, the government¹s challenge is to rein in a soaring budget deficit, a legacy of years of profligate spending that was fueled by a tax windfall from the biggest real estate bubble in Europe. When that bubble collapsed early last year, so did the revenue the government was banking on.

Ireland's new troubles
Dark clouds have descended upon Eire, which has been hit by a housing bubble and the global slowdown. Can the country once again become the go-to place for foreign investors? More