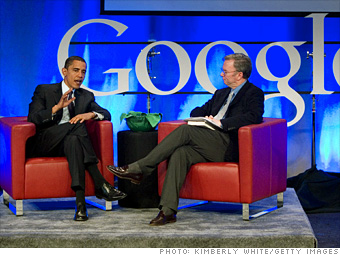 In his speech, Obama lays out the role of the Internet in his policy plans -- computers in classrooms, expanded broadband, digital medical records, and more online access to government data.

He also echoes Google's own position on net neutrality: "The Internet is perhaps the most open network in history," he said. "We have to keep it that way."

The speech gets a positive review on the company blog from Andrew McLaughin, Google's head of global public policy and a future Obama staffer.