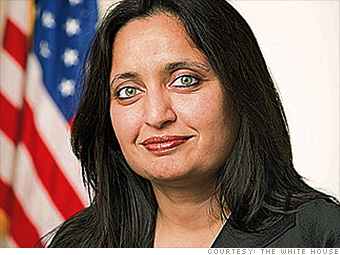 Google's presence in the administration raises concerns from critics that the tech behemoth will take over government, too, but Google doesn't flinch: "We understand that in order to be successful in Washington we need relationships on both sides of the aisle," the company says in a statement, "and we have worked over the past few years to strengthen those relationships."