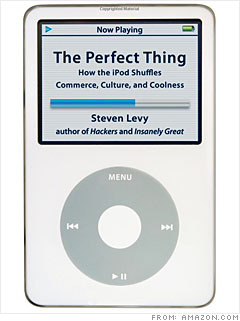 The best examples of the Hero genre are two books by Steven Levy, who has twice evoked Jobs in his genius mode -- first for 1994's Insanely Great, about the evolution of the Macintosh, and 12 years later in The Perfect Thing, about the creation of the iPod.

Levy, a longtime tech specialist at Newsweek who now writes for Wired, does not concern himself with the private Jobs and skates lightly over Jobs the professional bully, sticking instead to the man's business skills.

This approach clearly helped Levy secure Jobs' cooperation for both books, which gives them a knowing intimacy that most other chroniclers can't reach.

NEXT: Creep - 'Steve Jobs and the NeXT Big Thing'