Creep - 'Steve Jobs and the NeXT Big Thing' 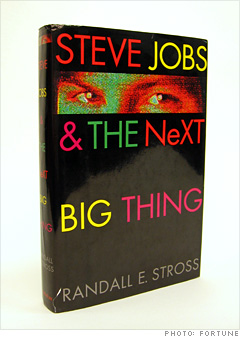 That's what success will do for a fellow: Randall E. Stross saw Jobs' unwillingness to listen to customers as a major flaw, a prime contributor to his eventual downfall.

Stross's book about the failure of Next Computing, the business Jobs tried to create in his desert years, is the leading exemplar of the Jobs-as-Creep genre, at the very least for the intensity of its invective.

Stross was one of the post-Moritz reporters Jobs refused to cooperate with, and you can't help detecting a wee bit of anger when, on a single page, a writer can call his subject "arrogantly oblivious," "unmerciful," and an "unapologetic snob" who is "imprisoned ... by his selective historical memory."